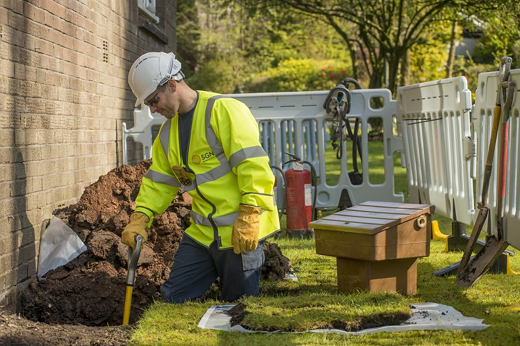 (London, December 22, 2021) -- OMERS Infrastructure has today announced the signing of an agreement to sell a 25% interest in Scotia Gas Networks (SGN) to Global Infrastructure Partners.

“SGN was our first infrastructure investment in Europe, and we are very pleased with the company’s seventeen-year track record of successful value creation for both customers and investors. We first invested in SGN at its creation in 2005, and it is now the UK’s leading gas distribution company across key operational and customer metrics. Over this period, we have supported significant regulated capital investment programmes, the development of several commercial businesses, and SGN’s preparations for the transition to hydrogen including the H100 project in Fife,” said Alastair Hall, Senior Managing Director and Head of Europe for OMERS Infrastructure.

“Our work alongside our partners and the SGN management team over such a sustained period is a strong example of our active asset management approach. We will redeploy the capital back into growing our C$30 billion direct global infrastructure portfolio. We wish the company and its new investors well,” he continued.

OMERS substantial UK holdings include investments in a variety of infrastructure, real estate (through Oxford Properties) and private equity assets, including venture capital.

BofA Securities acted as financial adviser and Latham & Watkins LLP as legal adviser to OMERS Infrastructure. The transaction is expected to close in Q1 2022, subject to regulatory approvals.