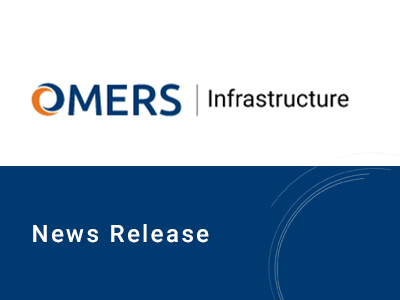 OMERS Infrastructure, the infrastructure investment manager of OMERS, the defined benefit pension plan for municipal employees in the Province of Ontario, Canada, today announced that it has entered into a definitive agreement to sell its interests in Airports Worldwide (“AWW”) to Vinci Airports.

Active on two continents, AWW is a portfolio of airport assets and management contracts located in the United States, Costa Rica, Northern Ireland and Sweden.

"OMERS first invested in AWW in 2009. We have focused our efforts since that time on positioning the asset for long-term success, and are very proud of the value we have created with this investment for OMERS members. We wish the AWW team and Vinci all the best, as the company takes this next step in its evolution," said Ralph Berg, Executive Vice President & Global Head of Infrastructure, OMERS Private Markets.

“OMERS has worked closely with the management teams across the group to grow the portfolio, optimize performance and build strong relationships with airline partners and other stakeholders.  We are grateful to AWW management for their efforts and wish them continued success.” added Juan Camargo, Director, OMERS Infrastructure.